In my last update, I mentioned that I had written to Transdev urging them to reconsider the withdrawal of the Manchester commuter service for those people living between Rawtenstall and the Red Hall Hotel North of Bury. I felt that the recommendation that I had made would have given them the opportunity to develop a profitable service alongside the existing X43 service which bypasses our communities.

Unfortunately Transdev will not compromise and have written to me to insist that the service is not financially viable. They recommend catching a bus to Bury and then using the tram to get to Manchester.

I remain convinced that a well-advertised service from Rawtenstall (or even Burnley) traveling via Edenfield and then continuing along the current X8 route would be faster than the X43 and consequently would be popular.

I have sent copies of these two routes together with the notes that I have made showing that the X8 route is faster than the X44 to Rossendale Transport. Although we are unlikely to have a continuous service from when Transdev abandon the route, I remain hopeful that Rossendale Transport will look at this route favourably.

Thank you to the 144 signatories to the petition. I’ll keep you informed by email and this blog when and if I hear more news or information from Rossendale Transport.

Once again, Transdev are proposing to cancel a much needed bus service through Edenfield. This time last year, users of the X44 bus service launched an online and written petition to save the commuter services into Manchester. 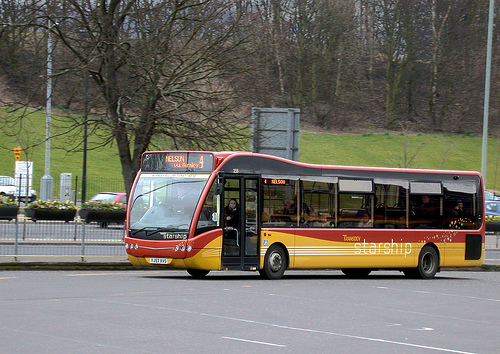 The petition was successful and after a short interruption to service, Transdev announced that they would be providing a new service, the X8 from Burnley to Manchester.

Unfortunately it now seems that the X8 isn’t paying its way and Transdev are looking to cancel the service from 27th October. Despite the fact that the X8 offers a much faster service to Manchester than the X43 from Rawtenstall it seems to be underused.

In my opinion, the failure of the X8 service is likely to be down to the fact that this service hasn’t been promoted or marketed other than via passenger word of mouth. Use of this service does seem to be growing and last week there were 22 passengers on the 0730 service to Manchester. On days that I don’t take the bus to Manchester, I have overtaken the X43 and seen fewer than half a dozen passengers on the lower deck.

Transdev often send their X43 buses through Edenfield when the A56 bypass is busy; in view of the fact that using the route through Edenfield would use less diesel, only take a few minutes longer than the bypass route and may generate some additional revenue it seems nonsensical that they are proposing to withdraw these services completely.

The signatories below would urge Transdev to maintain some form of commuter service for people living between Rawtenstall, Edenfield and Shuttleworth, and at the very least engage in some form of dialogue with their customers before making these decisions.

The new bus times start on Monday 16th April 2012, the new timetables are on the Transdev website here.

As well as this there are new Saturday services as well. this great news, I hope that Transdev sees the use of these services pick up so that the service can be maintained.