I recently wrote to Vivit members sharing some publicly available information about the HPE Software / Micro Focus announcements as well as my opinions on the proposed merger. Here is a copy of the note that I sent to Vivit members.

This is also available at the Vivit website.
http://www.vivit-worldwide.org/blogpost/1011299/258002/Proposed-HPE-Software–Micro-Focus-Merger 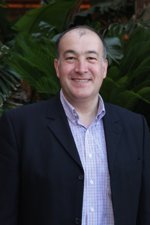 Most members of Vivit will by now have heard Meg Whitman’s major announcement from her quarterly market update earlier this month.

Speculation about a potential “sell off” of the HPE software business to established software businesses or technology-focused venture capitalists was rife in the weeks leading up to the merger announcement.

I was initially surprised to hear that Micro Focus was the company in negotiations with HPE because that name wasn’t amongst the many rumours that I heard. Over 24-hours, the news wires buzzed with more and more information describing the transaction as a merger, rather than a straightforward sale. HPE shareholders will retain 50.1% of the new company through equity and several HPE execs including Robert Youngjohns and Chris Hsu are moving to Micro Focus as part of the deal. I think that this bodes well for HPE software users, this represents an ongoing collaboration, not a fire-sale.

Many Vivit members may appreciate some background information about Micro Focus:
Micro Focus was founded in Newbury, England in 1976 and initially focused on software products based on COBOL. Micro Focus specialises in bridging the gap between modern and legacy systems, either by assisting in the migration from mainframe to newer platforms or by introducing newer concepts such as DevOps to the traditionally slow-moving world of the mainframe which remains key to many enterprises.

Over recent years Micro Focus has grown organically as well as by acquisition, notably in 2009 with the purchase of Borland and in 2014 when it acquired Attachmate. The Borland deal gave it access to the ALM marketplace and Attachmate added the Novell, NetIQ and SUSE product lines to its portfolio.

Micro Focus has a good track record of taking ownership of established software businesses and improving their profitability by simplifying business processes and strategy, consolidating similar business units and slimming down management structures. This could help to reinvigorate the HPE software business which has market-leading products, but has been in the shadow of the much larger hardware business units.

Micro Focus tends to retain the established brand names of the companies that it acquires, this is why SUSE, Borland, Novell and Attachmate brands are still in existence. Since it would be impractical to retain the name “HPE”, this may mean that brands such as Mercury Interactive, ArcSight, Vertica and Autonomy could make a comeback. (This is speculation on my part).

How will this affect the user group?
As HPE’s independent software user group, Vivit will obviously be affected by these changes. Over recent years we’ve grown significantly, gaining members at the HP and HPE Discover conferences and by running webinars to complement our traditional face-to-face meetings.

Vivit’s last “re-invention” came in 2007, when following the acquisition of the Mercury Interactive business, it was no longer appropriate to use “OpenView” as part of the name of our user group. We chose the name Vivit to represent “living IT” and it has served us well.

As a thriving community with over 30,000 members, we’re looking forward to working with Micro Focus and continuing to support our members in our three core areas:

Over the coming months we’ll contact our counterparts in the Micro Focus user communities to find out whether there are any opportunities for co-operation and collaboration.

What next?
The HPE press release includes these two statements which I feel demonstrate that the future remains bright for those products that Vivit members have built their careers upon.

Vivit has always been focused on the needs of our members. We will continue to help you get the most out of the software that runs your business throughout the transition to the new organisation. Assuming that the merger is approved by the regulators and shareholders of HPE and Micro Focus, we expect that the merger will take place in Q3 2017. Until then, we’ll do all that we can to keep you informed as other announcements are made.