On my current project, I need to monitor UNIX system performance. I’m currently waiting for a new version of application code to test, so I thought that I’d look into some of the UNIX performance counters that I’m going to monitor.

Once you’ve enabled RSTATD it’s a simple matter to tell your LoadRunner controller to monitor the UNIX ststistics for the server under test. All you need is it’s IP address. Once you add the server to the list of monitored servers iN LoadRunner Controller you se a number of counters which LoadRunner can monitor. 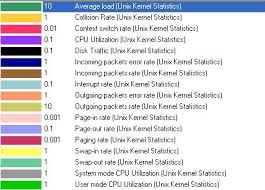 *Average Load is not clearly defined and it is important to understand that it represents a moving average over time rather than a snapshot of actual performance. Because Load Average is the sum of two performance statistics (queue length and the number of processes currently executing) it is hard to use it to compare the performance of dissimilar systems. An Average Load which would be acceptable on one system might be unacceeptable on another. The best description that I’ve found for Average Load was “Linux Load Average – Not Your Average Average”, written by Neil Gunther of Performance Dynamics and it can be found at this URL. http://luv.asn.au/overheads/NJG_LUV_2002/luvSlides.html

Thanks to Tim Nichols of CheckPoint Technologies for his questions which encouraged me to clarify the description of Average Load.

One thought on “UNIX performance monitoring with LoadRunner”