People may not be aware of the fact that this bus service is due to be cancelled by the end of October. Can I urge you to ring or email Transdev and complain about this?

THE X44 SERVICE WILL BE CANCELLED BY THE END OF OCTOBER! 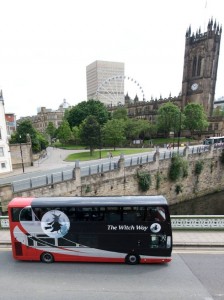 nt 7 daily services to Manchester and 9 return trips will be replaced by 2 services each way. This is a very significant reduction in service.

I use this bus to commute to Manchester 3 days/week and I know that typically about 9 people rely on the 0644 service each day. Unfortunately Transdev have been trying to cancel this service for several years and they are claiming that the service is underused. This definitely isn’t the case. It seems that drivers don’t count people who travel using travel cards or weekly/monthly passes when they get on the bus.
Hopefully if enough people complain, we’ll be able to maintain this service for the people of Edenfield and surrounding areas.

Please send your complaints to ….

It seems like they’ve been deliberately keeping this announcement quiet until it’s too late for people to complain.  I’ve asked for copies of the new timetable for the proposed “replacement” service, the X8 but I’ve been told that timetables aren’t yet available. This is blatantly untrue because the new timetable is on the Transport for Greater Manchester Website. The new timetable shows that the only service arriving in Manchester  before mid-morning will now leave Edenfield at 0739 which is too late for the 9 or so people that I know personally who catch the 0644 service.

It seems that Transdev are trying to simplify their timetable and are basing their assumptions on the fact that the service is underutilised. Since this rumour leaked out, I’ve been counting passenger numbers and observing how the drivers count passenger numbers. It appears that people using weekly or monthly tickets (the majority of passengers) are not consistently counted which may help to account for the apparent underutilisation of this service. Kevin Timberlake (Service Delivery Manager for Transdev) said in an email, that the poor road quality between Edenfield and the motorway was also a factor in their decision, it seems that they’d rather just use the bypass.

I understand that Transdev tried to cancel this service in 2006 but a petition was organised to protest against the cancellation. It seems that this time round, they’ve kept this cancellation hidden until the “last minute” to prevent complaints from the public. I’m pleased to hear that other people have started to complain but it would be great if everybody could get in touch to tell Transdev what they think.

You can also complain here:
http://www.lancashirebus.co.uk/contact-us.jsp

2 thoughts on “Cancellation of the X44 service to Manchester”