As bad weather lashes Britain, a storm of another kind is causing difficulties in Argyll and Bute. A 9-year old girl who blogs at http://neverseconds.blogspot.co.uk/ about her school dinners has been prevented from photographing her school meals and tweeting about their quality.

Her cause has been taken up by Jamie Oliver who this morning tweeted this to his 2.3 million followers.

Since then #neverseconds and “Argyll and Bute” is trending on Twitter and articles referring to this are appearing on news sites both nationally and internationally. 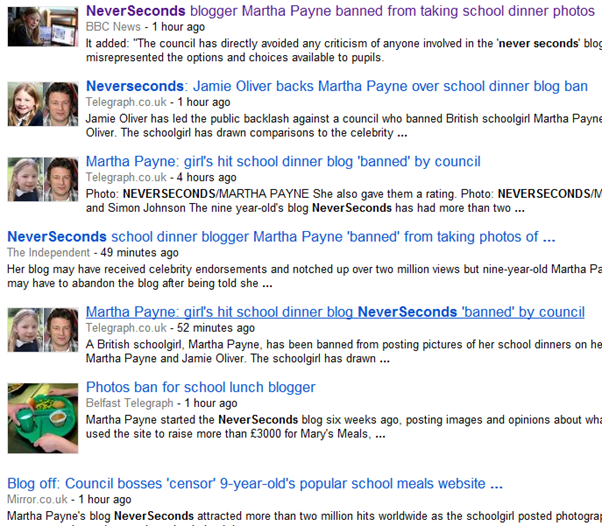 As bloggers and tweeters (me included) add to the storm, Argyll and Bute’s webserver seems to be having difficulties…. 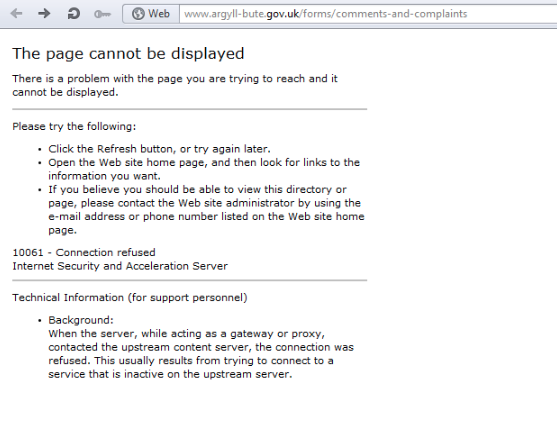 It shows that you can’t plan for peaks in load such as this, but perhaps lessons will be learnt. It would be a shame for the IT guys to get it in the neck as well as their colleagues in PR.

This article is also reproduced on the Intechnica blog.
http://blog.intechnica.co.uk/2012/06/15/is-argyle-and-butes-web-team-going-to-suffer-due-to-their-colleagues-pr-disaster/